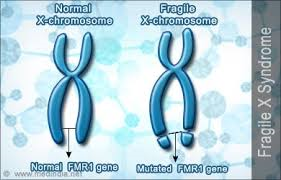 Fragile what?  I know this isn't a good character quality to have but this has been very instrumental in building my character.  When I was 29 I gave birth to my first child, a son, we named Daniel.
After a few weeks it was apparent that something wasn't quite right.  Many months and doctor visits later, we were told that Daniel had Fragile X syndrome.  Upon further testing it was determined that I was a carrier.  However, later testing showed me that I have the full mutation of the gene so in a sense I have it too.  There are ways that I am effected by it.  So, to make a long story short, dealing with my son and dealing with my issues, has really turned me into a better person and has truly made me stronger.  As much as I would like all of this Fragile X stuff to go away, I wouldn't want to give it back for all the things I have learned from it.  I guess God gave me Fragile X as a vehicle to make me more like him.  I hope I have meet the challenge. 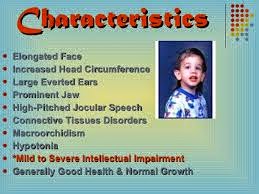 That is a double whammy. Life has no guarantees. My dad always told my older brother to not be fighting. People are more fragile than you think.

Thank you for posting about this. I am not familiar with this disorder and its interesting to know more about you and your family. Being diagnosed with any disease or disorder is always so hard but everyone I talk to says the same thing- they learn more about who they are. My mom suffers from Lupus. Its something we are all trying to understand more about everyday. I'm so glad to meet you! HUGS.

I learned a lot here today. So you can have this fragile X syndrome and never know it because the symptoms can be so mild as to be within what we'd label as "normal"?

This is such an interesting and touching story.

What a blessing your son is and you are an angel! Thank you for sharing this unknown to me disorder - fragile X. I've taught elementary school for 32 years and don't seem to see the physical characteristics because the kids' personalities take over immediately - pretty cool how God takes care of all of us!
@Door2LoreSue
PowerofStoryABlog - Every Hero Has a Story

very sweet. God can use all kinds of challenges to help us become more Christ-like. I value the lessons that come from caring for others with difficulties. It's certainly humbling, but it makes for a genuine life. all the false exteriors fall away, and you realize what's important.

I stumbled across a site on Fragile X while researching my son's behavioral issues that sounded akin. Trails do make our lives richer and we become better for it. ((hugs))

Thank you for sharing! I have never been tested to see if I am just a carrier or more. I am not sure I really want to know.

It was interesting to read more about fragile x. I'd heart you mention it before, but really didn't know what the characteristics were.