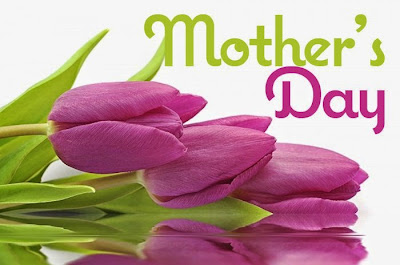 Sunday morning I woke up on the wrong side of the bed so to speak.  I was bound and determined to be depressed all day.  I was even contemplating not going to church.  I didn't want to hear anything about Mother's Day and I didn't want to get a stupid plant or anything.

Basically I don't consider myself a mother.  At least not in the regular sense of the word.  On June 12, 1987 I became the stepmother to 3 children that I really didn't know.  Tom had custody of his son and the two girls lived with their mother in Florida. I didn't even meet them until after we were married.

Then on Feb. 12, 1987 I became a mother.  I gave birth to Daniel.  But as time progressed that didn't take on the normal mother aspect either.  Daniel had Fragile X syndrome and was not going to be a "normal" person.  He was going to school at about 2 and he moved into a group home at 5.5.


I was sad about all of this and the fact that Daniel wouldn't be calling and that my step children probably wouldn't call either.  (I was really hoping they would)Then  Tom got a text from his daughter Rachael and she said to tell me Happy Mother's Day.  His other daughter, Mary, wrote a Mother's Day post on our family Facebook page, and later that night Tony sent me a text saying Happy Mother's Day.

This all totally changed my attitude and made my day.  I even felt guilty for feeling so bad. God really works in mysterious ways and is aware of us.  Even me.


PS.  Over the years my relationship with my step children has gotten better.  I think as each of us has grown and matured we have come to realize that we are important in each others lives.  I even feel more like they are my children.  I wish that I had given birth to them.
Posted by Karen Mortensen at 7:52 PM

Such sweet thoughts Karen. And you are most definitely a mother. A mother to an angel. I feel certain, as in no doubt, that parents of special needs children will be honored and esteemed in heaven.

So happy to hear your day got better yesterday! Your post brought some tears to my eyes. GLAD to be healing our relationship. Looking forward to seeing you and Dad soon.

So awesome!! It really means so much to hear from the stepkids. When I heard from my stepson via my husbands text- it surprised me so much. You gave birth to a son - you are a mother. You're blessed. I'm so glad that your day turned out to be much better than expected. xoxo

I'm thankful to God for the way your day turned out. What a blessing for you!

I like your honest feelings....it is not all perfect like it can be portrayed on TV. You are definitely a mother in all senses of the word! Glad you had a happy ending of the day

I'm glad your Mother's Day turned out better than you expected. It's wonderful that your relationship with your stepchildren has improved, and I'm happy they remembered you on this day.

It's wonderful that your children got Happy Mother's Day greeting to you. I think you might be more of a Mother to them than you think. Thanks for stopping my blog and leaving such nice comments.

You don't have to give birth to be a mom, but you know that. Great job.