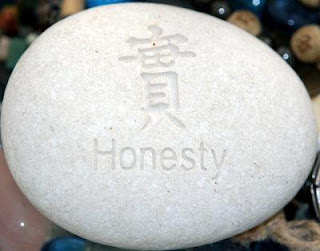 Last Saturday I boared an Amrtak train headed to Salt Lake City with my mother, and niece, McKenzie.  We had a wonderful time being on the train together.  We went to "bed" later that night only to be awakened at 3:00 am to leave the train to start our vactiaon in SLC.  To help things along we packed up before going to bed.
Later that same day, we woke up and started unpacking our stuff.  I discovered that I did not have my case of DVDs.  I was heartbroken to say the least.  I mean there were good movies in there like Meet Me In St. Louis and Easter Parade.  Plus there were some old TV shows like Designing Women and the Brady Bunch.
So I called Amtrak and reported the missing item.
I was hopeful but still doubtful that my DVDs would be returned.  Well.......
A few days later I got a call from Grant at the station in SLC.  He said that he had a package for me.(I was now jumping up and down and smiling)
The next day, McKenzie and I rode Traks(a rail system that is fabulous) to the train startion.  We retrived the package and got back on Traks to the hotel.  We couldn't wait to get back to the hotel, so McKenzie got the package open.
As she peered into the package, she got this wonderful smile on her face.  Not only were my DVDs in there, but also my video camera that I didn't know I had left on the train. (I knew I didn't have it but I thought I had left it at home)  Needless to say, I was very happy.
It really did my heart good to know that there are still good and honest people out there in the world.
So-go Amrtak.  All aboard.
'

Posted by Karen Mortensen at 9:06 PM

So good about your dvds! Please do share more about your trip on your blog. I'm anxious to know.

What a great story :)

What a wonderful blessing. I am so happy for you. Things like that do not happen often.

I love happy endings....so glad you received your things back!!!

Yay! this is so nice to read...I like Honety

What a blessing for you sweet friend. There are still so many good people in the world! I don't own Easter Parade, but it's coming in Netflix this week! What a coincidence!